Why Should I Care About Mobile App Development?

We’re living in the age of mobile technology. Everyone has a smartphone. Almost everyone uses tablets. Desktops and laptops are becoming less and less popular with these small, user-friendly devices. So what does that mean for software development? 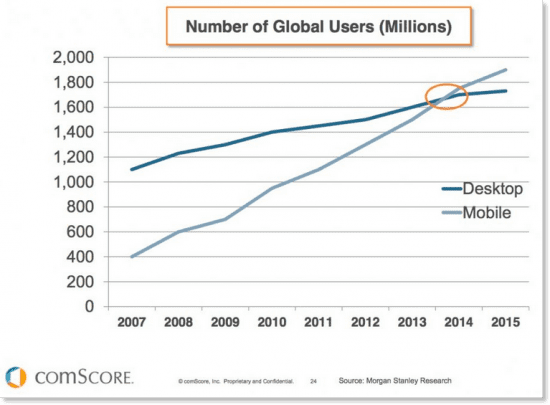 But what is mobile app development? Well, let’s start by talking about what it’s not. It’s not the process of building an app for one kind of device. It’s bigger than that. People own all sorts of mobile devices and the app you build must be able to run on any kind of operating system on every kind of smart device. Not so simple, huh?

Then what’s so exciting about mobile app development?

Here’s the draw for businesses: an app can be built in a short amount of time.

That’s because mobile apps are small and accessible for the developer. These applications often use a specific feature of a device, making things easier for the developer. For example, a whole game for your iPhone can be produced to take advantage of one single accelerometer. The accessibility makes things fast and inexpensive.

Developers, this is the future. Keep yourself on the edge of technological trends by learning mobile app development.

Whether you’ll be building a mobile app or you’ll be hiring someone to do so, it’s important to understand the current state of mobile app technology and where it’s going.

Today we have two major platforms for app development:

Others are mostly off the market (less than 2%), which includes Windows and Blackberry hanging on by a thread. Very soon, they’ll disappear.

Apple iOS is a mobile app platform which runs only on Apple products (iPads, iPhones, Apple TV, Apple Watches, and iPods). That means that iOS is not an open platform. Its user interface Cocoa Touch is a modified version of an Apple Cocoa UI (for OS X applications).

If you build a project for iOS, you’ll find that it’s relatively easy using special Apple tools and libraries (or simply a Mac on OS X). Development languages for this project include: Objective-C or Swift.

Android is the main competitor of Apple OS and its growing fast. It uses Linux kernel and development languages is Java. Android is often preferred for two reasons. First, it can run on numerous types of devices and under different hardware brands, which means more users can access it.

Another advantage is that because Google’s Android OS is an open platform, anyone can build a device that the app can run on. If your needs require not only a custom app, but also a custom device, you have the ability to use your app built on Android OS with your customized firmware.

There is a number of programming languages that you can use for the development process.

Tip: pick the cross-platform solution which supports a single programming language that you know. Don’t waste your time on building up a simple project but using a number of frameworks. Upgrade your knowledge after the app release.

The top programming languages for mobile development are:

If you’re just getting into software development, mobile development is a great place to start. The market will continue to grow, giving more engineers the chance to build mobile apps and providing entrepreneurs with software solutions to business problems.

In the near future, desktop-only applications will be old-school, and everyone will want their web content to be available on mobile. Be sure to get ahead, make your content available on mobile and learn the basics of mobile development.